5 Reasons Everyone Should Care About Animal Abuse 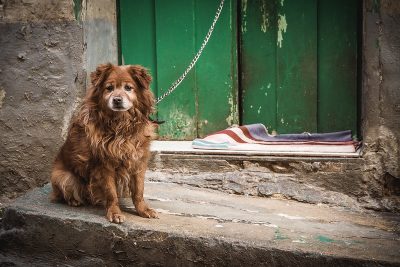 Animal advocates share the common vision of a cruelty-free world, but their personal motivations for standing up against animal abuse are numerous and varied. Here are five reasons why everyone should care about animal abuse.

1. Killing animals is killing our planet.

Humans are overwhelmingly responsible for environmental changes and the shifting dynamics of other species.

Domesticated animals comprise a disproportionate majority of the Earth’s biomass with only 4 percent of mammals and 30 percent of birds living freely in the wild. While many human-related factors contribute to this imbalance, industrial farming is the most culpable.

Every year, billions of animals are raised for food, most of them confined to cramped, dirty living areas and horrifically abused for the sake of productivity and profit. Factory farms wreak havoc on the planet, contaminating ecosystems, disrupting water supplies, and releasing high volumes of greenhouse gases into the air. This pollution majorly contributes to climate change.

Animal abusers are more likely to harm people, including children and the elderly. This disturbing correlation, known as “The Link,” shows that animal cruelty often goes hand-in-hand with abuse, assault and even murder.

The connection between animal cruelty and human abuse is especially evident in domestic violence cases, where perpetrators often control victims by threatening or harming their pets. Women, especially, often delay leaving their abusers out of a concern for their pets’ wellbeing.

Dismissing animal abuse as irrelevant or less significant than human abuse ignores the root of the problem. Fostering compassion and empathy for others, human or animal, promotes a less violent world.

3. Human and animal oppression are intertwined.

Throughout history, oppressors have compared certain human populations to animals in order to justify human rights violations and inequality.

Based on the belief that it’s acceptable to abuse animals, minorities are dehumanized and discriminated against. Women are portrayed as closer to nature than men, and thus, more emotional and less qualified to partake in intellectual activity. Non-white and LGBTQ community members are put down as more animalistic in their urges and incapable of conforming to societal rules and regulations. Disabled folks are deemed less-than-human based on their neurodiversity or physical impairments.

While it is paramount that we continue fighting for a more inclusive world, ridding ourselves of the assumption that animal abuse is permissible disqualifies some of the justifications oppressors use to debase and discriminate against minority populations.

4. Animals bring us joy and improve our health.

Animals enhance the quality and longevity of our lives.

Their companionship produces physical and mental health benefits, such as increased energy and positive emotions. Animal friendship can have even more profound impacts, including improved heart health, a reduced risk of cardiovascular- and stroke-related death, and the alleviation of loneliness, social isolation, depression and anxiety.

By treating them as our equals and caring for their well-being, we inevitably help ourselves. It’s a win-win situation!

5. Our well-being depends on it.

People often criticize animal-related charities for turning a blind eye to human suffering and unfairly prioritizing the well-being of animals, but this is misguided.

Humans are inherently connected with other species and our collective welfare depends on the natural world’s ability to support us.

Dr. Sarah Brexell of the University of Denver is part of the One Health Initiative, which emphasizes the links between the health of humans, animals, and the environment. This approach is becoming increasingly popular among medical professionals and organizations, including the U.S. Centers for Disease Control and Prevention, which reflects its credibility as a valid basis for ensuring our well-being.

When animals are prospering, humans prosper too.